1. Could you introduce yourself? How would you describe your music and what or who are your influences?

[Cue James Bond voice] The name’s Warmann. Otty Warmann. Forgive me I couldn’t resist. My name is Otty and I am a singer-songwriter from London. The foundation of my music is soulful as that is the voice I have. But I like to spice things up with hints of hip hop, jazz and electric.

2. If you could sing a duet with any singer (alive or dead), who would it be?

There are too many! But there’s wisdom in sticking to those that are alive in case any ever get to read this and are interested. Some that come to mind are Gregory Porter, Erykah Badu, Janelle Monae, Common, Lianne La Havas and Israel Houghton. Then, of course, if we’re including bands or producers I’d have to include the likes of The Roots, Robert Glasper and Labrinth.

3. You used to be a basketball player before becoming a singer. How did you decide to start a career in the music industry? Any fun anecdotes about your debut?

How did I start? By accident! I didn’t even know I could sing until I was in my twenties. I was singing a Musiq Soulchild song when two girls overheard me and started crying. After confirming that the tears were because they enjoyed it, I figured I might be onto something!

SEE ALSO : 10 stereotypes about Vikings… oh, we meant “the Danes”

4. Where do you get your amazing voice from? Did you take any singing lessons? Did you practice somewhere else?

The voice was a gift from God that I stumbled on. I’ve never had formal training but I practice in the shower everyday!

5. You managed to make it to the blind auditions of The Voice 2015, tell us about your experience: what did you learn and what do you remember from this experience?

The experience was positive. I loved their team and the fresh challenge that the competition brought. I remember being told that I had made it to the blinds and that I could become public property overnight. It’s all a bit crazy to think but TV is that powerful. It also taught me to trust my gut and take time to understand myself fully as a musician. The world of music is filled with opinions. That’s fine. Taking advice is fine. But I trust myself to have the final say. It’s got to feel right.

6. When you walked on stage (blind auditions), was it the first time that you faced such a large audience? How did it feel like to have this moment of exchange with the audience? Did this TV appearance boost or change your career?

The studio audience was not the largest crowd I’ve played to. I’ve had the fortune of playing on some large stages. The intrigue for me wasn’t performing to the studio audience. It was the recognition that millions could be watching on TV. That was new to me and came with different emotions – excitement, a little apprehension and even hope. But it was great to share that moment with people who had no idea who I was and to have them be so receptive.

7. Could you tell us a little bit more about your song “Words” and the shooting of the music video? Tell us stories, we love stories!

Haha! The premise of ‘Words’ is in the chorus. Actions speak louder than words! So it’s an encouragement to people to be about it and not speak about it. Shooting the video was incredible and there were too many great stories from it. As much work as it was (I slept 8 hours across the 3-day shoot), it was so much fun that it was easy. There were over 100 people on set, many of who were professionals in their field. We laughed, we joked, we danced and all sorts. But the most enduring memory will always be the gentleman who acted as the angry bar man. After the shoot he chose move to LA and is doing well in Hollywood. Things like that always encourage me.

8. You have been part of many projects: the Ambassador band, the iSingLondon project, could you tell us a little bit more about these? Are there any other exciting projects coming up?

There’s always something coming up! I’ve just released a dance/house track with Elliot Rae and am working on another with DJ & Producer, Patrick Hagenaar. I’ve enjoyed stretching myself with them as it is a totally new genre to me. I’m also in the studio recording some of the tracks I’ve recently written so hopefully they’ll be music for the fans to enjoy soon! But I’m always trying to stay relevant and have something going on so watch this space.

9. Where can fans buy your music or see you perform? Where can they stay updated about you? 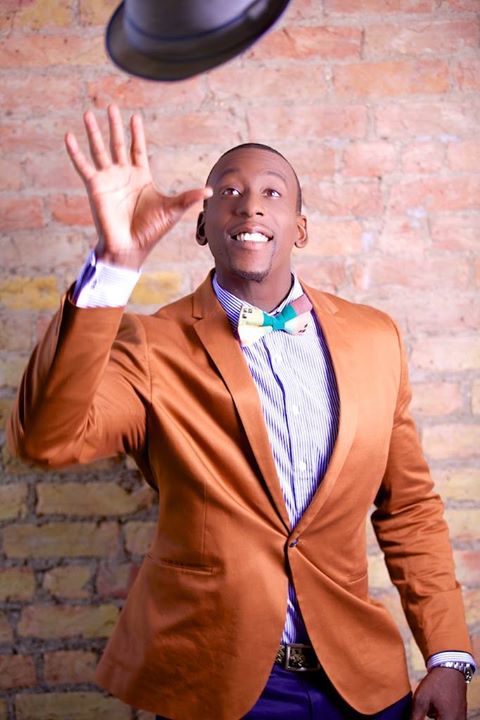