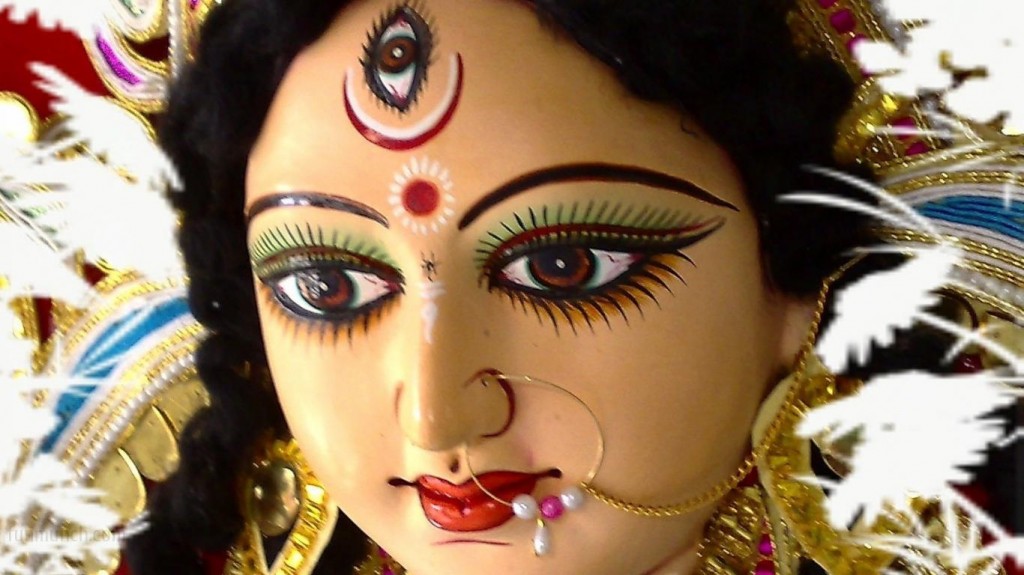 I left Kolkata 4 days ago, on the first day of Durga Puja, the biggest annual festival in Eastern India. The Howrah Bridge is very cool, as is the old Victorian architecture falling to pieces on the outskirts of the city. Same as in the city, except you see it from a distance rising out of the surroundings as opposed to a few square meters at a time as is the usual fate of city architecture. Everything is alive. Plants are keeping the buildings together, and these are home to far more than only people and insects, in a good way.

After finding my way perfectly purely by luck for around 6 km I got myself onto the old road to Varanasi, which can be a bit of an interesting road. I filled up with petrol for around R110, which should last 600 km in “Honda Test Conditions”, which I took to mean around 450 km while Fully Loaded.

I had my first (and only to date) small accident after around half an hour. Some guy watched me coming (and heard – hooting is essential), waited, and then crossed into the road in front of me from the pavement on his bike. We had a small exchange – the kind you have with someone in the corridor when neither one knows which way to go – except the option of stopping and chuckling/waltzing was not present on the stony road surface. I, being from the world, saw him see me and assumed he would wait for me to go past. He, being from India, saw me see him and assumed that I would assume he would just cross anyway and so aim for the oncoming traffic behind him. The oncoming traffic always expects this kind of thing, and moves slowly I have found, so probably would have been the better option. Anyway between all my brakes I lost grip and the bike fell onto its side between my legs, bumping into his bike very gently. He told me to be more careful, and then decided not to say anything else after getting shouted at by some bystanders.

The traffic in India is insane to my sensibilities. Any side of the road will do, and you don’t need to look so much as listen before turning onto a road – at first I thought they were all suicidal before I realized that I had just not been leaning on my hooter. The main highway in India is in about as good condition as the N16 or whatever the road to PE from Joburg is. So not great. Also, because it is generally separated by an island for long stretches, you are always liable to find oncoming traffic, and in many places it becomes 2 2-way roads. Nevermind the dogs, cows, goats and Indians wandering oblivious.

It takes me ages and ages to get out of Kolkata. I have been lent a book by a gentleman called Kamil who also took my photo for the documents needed for the bike. Code Name God, by Mani something or other who invented laser surgery (why is laser not spelt with a z?). I returned it to him on the way out of the city, and ended up having lunch with him, being given some local sweets to try, and a great chat with the few words we shared. I had noticed the attention he paid to each photo he took, photo-shopping little license or passport photos until they looked good. It turns out he is the third generation of photographer in his family, and he showed me original pictures of Kolkata from as far back as 1942! Exactly the same buildings for a large part, including the building we were across from (1867 or something). The city has not changed. Even the trams are the same trams that they had then, albeit more patches than anything else, but these days they don’t go over the bridge anymore.

Departing, we exchanged contact details, and as with many people before and since I was instructed to call should anything at all happen. I don’t have a phone, of course.